The ripples glittered softly as the first cries floated across the lagoon in the pre-dawn stillness.    A snowy egret and a blue heron 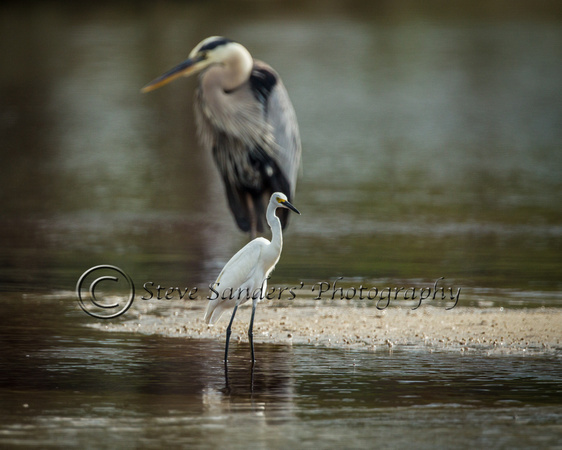 were hunting in the shallows of the bay while brown pelicans dove for their breakfast in the deeper water offshore. 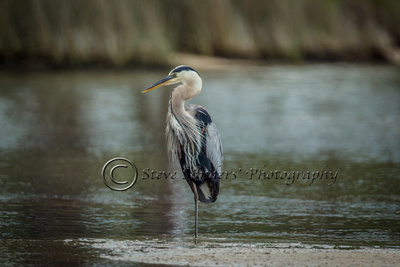 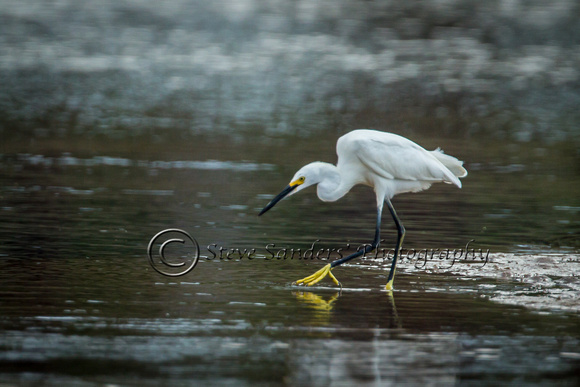 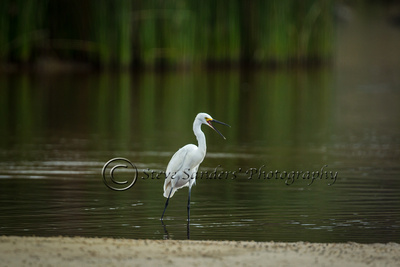 High atop a weathered snag in an untidy nest of twigs and grass, a mother Osprey called to her mate sitting in a nearby tree. 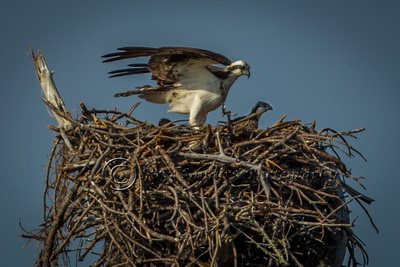 The pleas of three chicks nestled beneath her soon added to the discordant song greeting the new day.

I listened for almost an hour, waiting for one or the other adults to heed the entreaties of their near fledglings, but neither seemed in a hurry to leave.

Finally with much raucous protesting she flew off, seemingly to find breakfast, leaving her mate to guard the nest.  She returned fifteen minutes later, but to the dismay of her offspring , she only brought back a stick to reinforce the nest. 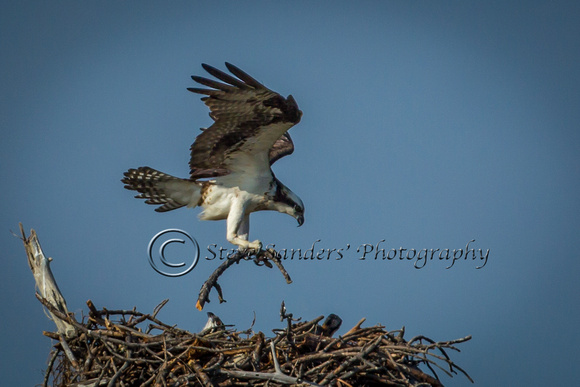 The sun was getting higher in the sky and the younger osprey were starting to sound desperate when the male finally lifted from his perch and flew out of sight around the curve of the lagoon.

He soon came gliding back with a fresh fish wriggling in his talon, but instead of flying to the nest to share his catch, he dropped into a nearby tree. 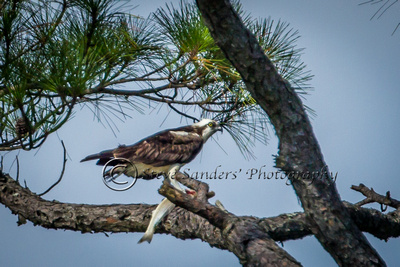 He slowly killed and ate his fill while his family waited impatiently nearby.  The mother was left to console her chicks the best she could. 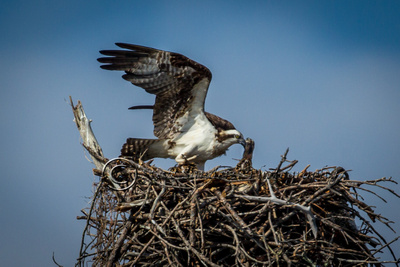 Eventually he either ate his fill or tired of listening to their appeals, leapt from his branch and soared over to the nest to feed his hungry family. 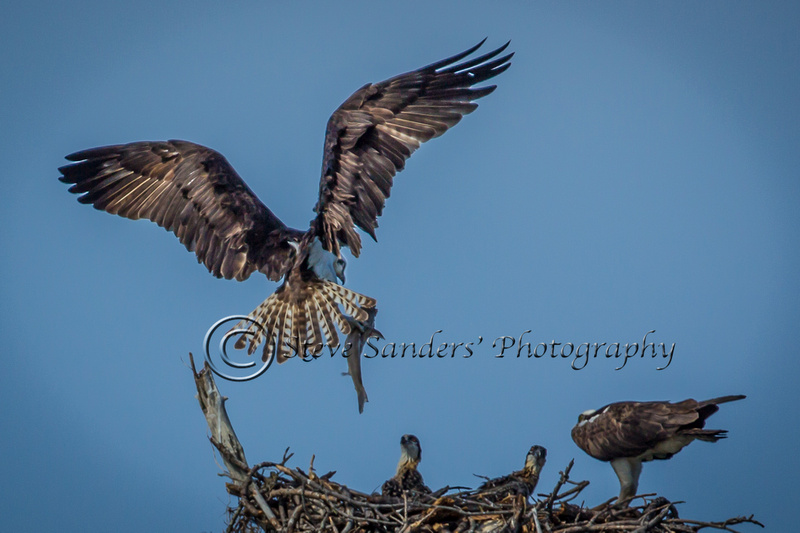 With his paternal duties done, he flew back to the solitude of his branch. 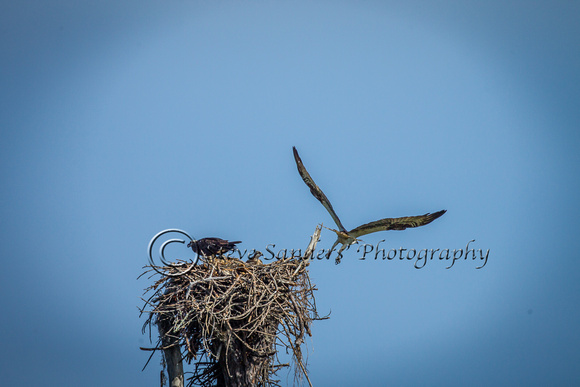